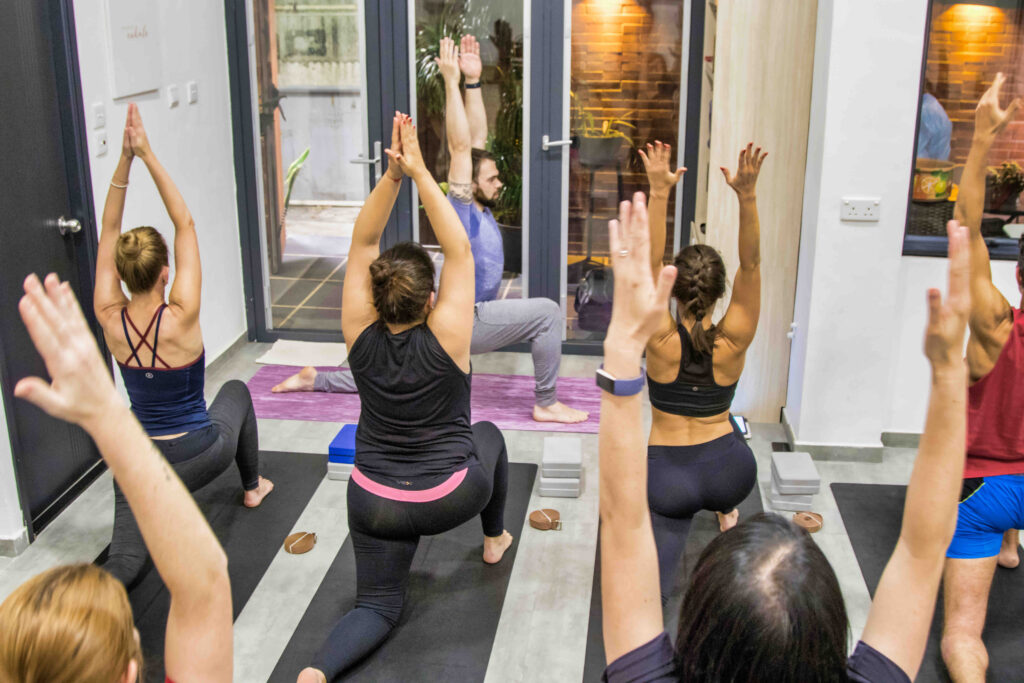 Most Popular Types of Yoga Explained

Many people have difficulty starting yoga due to the fact that there are so many types to try.  Because of the class names and options being so diverse, beginners face confusion when deciding on what form of yoga to practice. While the physical postures remain the same across many styles, each position has its own emphasis. This article explains the differences between the most popular forms of yoga, so you can decide which type is the most desirable to you.

The best way to start yoga is to take an introductory class targeted toward beginners. If your local studio does not have any introductory classes listed, it is better to make sure in advance if there are any class options like basic yoga instruction for beginners. With learning yoga online, you may face limitation on your yoga journey. It‘s a suitable tool to practice when your regular classes are not available (word crisis, for example). But, you have to learn yoga with a real teacher, it is your safe guide for practice. The Yoga Lane Studio at Sai Ying Pun and Yoga Up Studio at Discovery Bay are both a good place to start your yoga journey!

Bear in mind; if you don’t like your initial yoga class, it doesn’t mean that you and yoga are not compatible! Since there is such a wide variety of styles in yoga (and so many diverse instructors with their own teaching styles), it might take a few tries before you can determine the right fit for you.

Since regular yoga practice brings about so many benefits, one should commit to trying out a variety of classes before quitting completely.

You can try to identify your yoga type or ‘yoga personality’ to gauge which of the following styles is suitable for you. Don’t let the vast array of options intimidate you! It would be good to attempt a beginner-friendly class before moving on to higher levels. 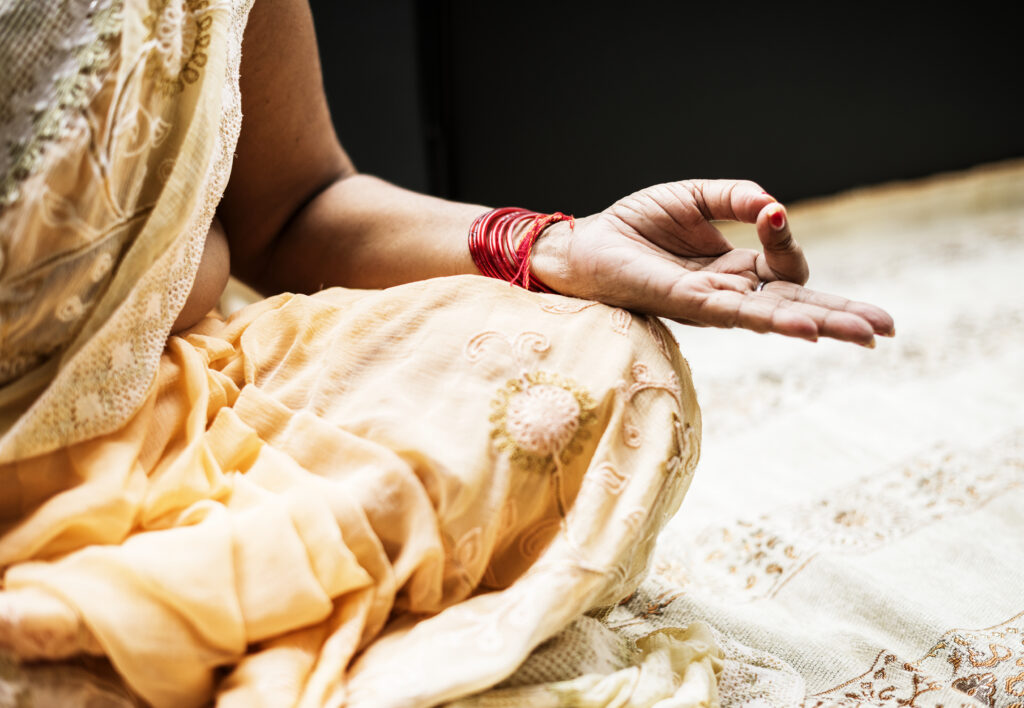 Hatha is a generalized term that refers to any of the physical styles of yoga. In routine yoga language, Hatha means a ‘slow-paced’ and ‘soft’ way of practicing. The best place to familiarize oneself with yoga practice is Hatha classes, as they offer an overview of basic yoga poses within a comfortable setting.

This is for me the one you need to do when you don’t know where to go.

Vinyasa is a generalized term that can apply to a variety of yoga classes (similar to Hatha). However, there is more vigor in the Vinyasa style of yoga as it includes a series of poses known as ‘sun salutations’ – where each movement matches one’s breathing.

Vinyasa classes begin with practicing sun salutations as a full-body warm-up to prepare for tougher stretching done towards the conclusion of the class. Vinyasa is also referred to as ‘flow’ – this is due to the flow-like fluidity between postures and positions.

This style is nice to have a continuous flow movement. little challenging compare to a Hatha class, but still very accessible.

Founded by Pattabhi Jois in the 1960s, Ashtanga is a quick, powerful, and smooth style of yoga. It performs a fixed series of positions in the same order each time. This practice is physically challenging due to the constant movement from one position to the next and the focus on practicing it daily.

Ashtanga is one of the first yoga styles performed by many western students. Since then, it has been highly effective in the development of yoga over the past 30 years.

Based on the principles of yoga maestro B.K.S Iyengar, the Iyengar style of yoga practice prioritizes bringing the body into its optimal or ‘best’ position – primarily using aids and equipment like yoga blankets, blocks, and straps to help students attain the correct form.

Practices in the Iyengar style of yoga usually focus on holding poses and positions over extended periods of time rather than moving rapidly from one pose to the next (like in a flow class). Iyengar yoga has been pivotal in the advancement of modern yoga asana.

Created by Bikram Choudhury, ‘hot yoga’ is typically taught in a room which is heated at the temperature of 95 to 104 degrees Fahrenheit (35 degrees Celsius to 40 degrees Celsius). The heat – apart from causing immense sweating dubbed as ‘cleansing’ – allows the loosening of tight muscles to take place. The Bikram method is a standardized series of 26 poses; however, not all hot classes use the same series.

I don’t recommend this class for beginners; it creates a huge stress on the cardiovascular system and may cause dehydration. Many people love this class because they feel they are training hard, become more flexible and lose weight. It is far from traditional yoga, as this attitude nourish your Ego. Why do yo want to train hard, be more flexible and lose weight? In another hand, it’s an excellent way to control your mind and your body in extreme condition, developing perseverance and self control. From my point of view, it shouldn’t be your only yoga practice.

The main aim of Kundalini is to focus on one’s breath in combination with physical movement, in alignment with the purpose of releasing energy in the lower body and subsequently letting it move upwards through all the chakras. These exercises are also known as ‘kriyas.’

In Kundalini, the exploration of the effects of the breath (also called prana, or energy) on the positions is vital. This is in line with all other asana practices that make use of breath control.

Sivananda yoga is based on five principles – within these are the practices of asana, pranayama, and introspection. The mastery of twelve meticulously chosen poses is at the essence of Sivananda. Swami Vishnu-devananda, a patron of Swami Sivananda, founded the first Sivananda Yoga Vedanta Center in 1959. Since then, yoga centers for Sivananda have grown to 80 locations worldwide – these include several ashrams.

Viniyoga is centered on an individualized approach to each pupil, creating a practice that individually suits each student’s stage of life as well as the state of health. Viniyoga – even if practiced in a group – is modified to fit every individual’s specific needs. It is the yoga style taught by T.K.V. Desikachar to elucidate the approach that his father T. Krishnamacharya (famed teacher and pioneer of yoga as an exercise), developed late in his life. 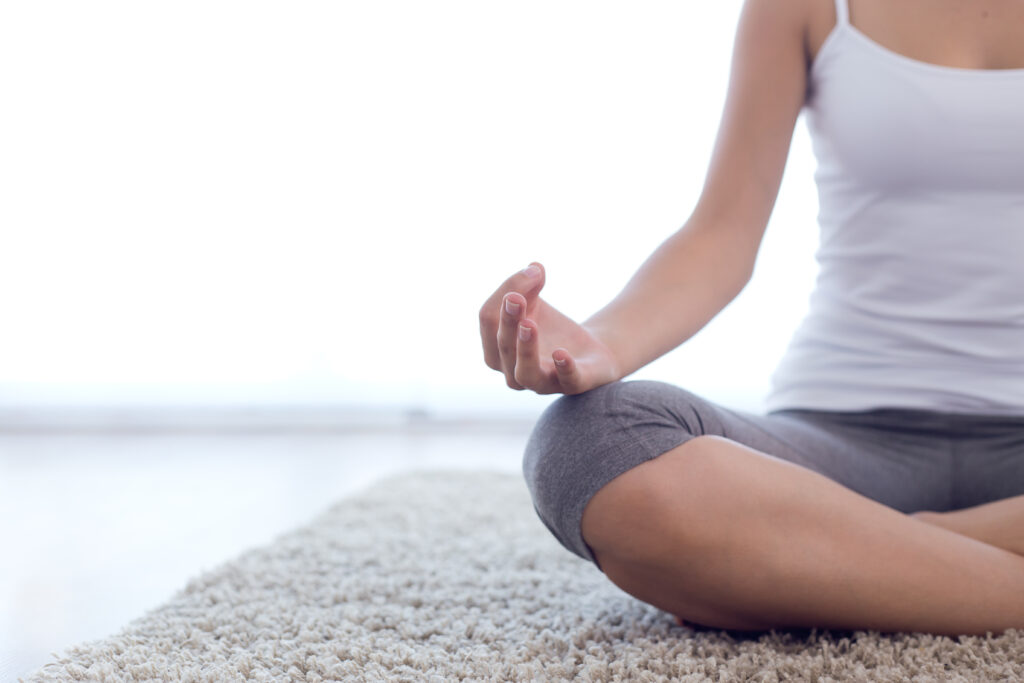 A soft, ‘hatha’ style of yoga, Integral yoga is built on the ideas and principles of Sri Swami Satchidananda – a religious and spiritual teacher with a large following in the West – whose main aim was to provide directions on how to improve his students’ lives. Integral yoga classes also include chanting, pranayama, and reflection in an attempt to combine one’s mind, body, and spirit.

A chain of ‘hot yoga’ studios founded in Denver, CorePower, has been operational since 2002 and is continuing to expand throughout the United States. Within these studios, consistent instruction in a comfortable gym-like arrangement is available for students. Membership is valid at any of their studios nationwide.

Many teachers, famous and well-trained in traditional yoga, worked together to make flow yoga available to a wider audience. ‘Power yoga’ is the umbrella term under which all the classes by the aforementioned teachers are categorized.

It was initially inspired by the severity of Ashtanga, power yoga allowed for variation in the arrangement of poses at the discretion of the yoga instructor. In the present times, power-yoga is more along the lines of vigorous vinyasa flow.

Restorative yoga utilizes ‘props’ to support one’s body as it eases into poses. This process occurs over the course of several minutes – with the idea being to retain pose long enough to promote passive stretching. Examples of poses and exercises in restorative yoga include twists, slow supine backbends and contained forward bends. These are usually adapted to be ‘restorative’ by using supportive equipment such as blankets and bolsters.

Yin Yoga – invented by Paul Grilley – is mainly used to stretch the body’s connective tissue, especially around the joints. Specifics poses are maintained over the course of several minutes to attain an adequate amount of stretching. This practice aims to train one’s body to be able to sit in lengthy meditation sessions – as well as to essentially be the opposite of demanding, movement-based yang yoga styles.

Anusara is a yoga style founded in 1997 by John Friend, a famed American Yoga Instructor. It primarily focuses on the combination of physical alignment with a positive philosophy based on a belief in the internal goodness of all beings. Anusara yoga classes are considered quite light-hearted and straightforward – with ‘heart opening’ being the main emphasis.

Due to personal indiscretions, John Friend is no longer associated with Anusara. Anusara now a yoga school with a teacher-led model – meanwhile, Friend has founded a new yoga style called Sridaiva (see below).

After quitting Anusara Yoga (see above) in 2012, John Friend began Sridaiva with Colorado yoga studio owner Desi Springer. This form of yoga introduces a new direction system, dubbed the ‘bowspring.’ It greatly varies from other styles of yoga as the knees stay bent in numerous poses whilst the pelvis is continually turning forward to sustain the spinal curves. Advocates of this yoga style say they experience a ‘new source of strength and power’ from Sridaiva.

Baptiste Power Vinyasa is based upon five pillars – vinyasa, ujjayi pranayama, heat, uddiyana bandha, and Drishti. Classes, which are arranged in a sauna-like environment with ample heat, are usually strong and sweaty.

Inspired by the strength of Ashtanga yoga in combination with chanting, relaxation, and spiritual teachings, David Life and Sharon Gannon founded the Jivamukti style of yoga in the 1980s. Together, they have trained many instructors who have further introduced this style of yoga to studios and gyms, particularly in the U.S. and Europe.

Jivamukti classes are physically rigorous and often include a motivational theme chosen by the teacher.

Forrest Yoga is a yoga style taught by Ana Forrest, with its headquarters located in Santa Monica, California. The strenuous asana sequences in Forrest yoga are aimed at strengthening and cleaning the body, as well as releasing bottled emotions and pain. This, in turn, encourages the healing of physical and emotional wounds experienced by the students. Forrest yoga is nothing less than a strong workout focusing on abdominal strengthening, inversions, and deep breathing.

Not only is Kripalu a yoga style – it is the name of a yoga retreat in Stockbridge, Massachusetts. This yoga practice has a compassionate approach, with the primary focus being relaxation, physical healing, and spiritual transformation, which spreads out into one’s daily life. It also aims at ‘looking inward’ and moving at one’s own rate – making it good practice for students with less mobility and agility due to age, weight, illness, or injury.

Founded in Canada in the year 2004, ‘Moksha hot yoga’ retained its name until 2013 when they changed their affiliated U.S. studios to ‘Modo Yoga.’ Both styles are centered around a sequence of 45 poses conducted in a heated room. Usually, the studios are located in environmentally friendly buildings that have high cleaning standards. The main focus of the studios is to develop a sense of community in their students.